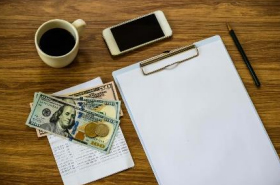 The 2013 United States Census indicated that 54 percent of women over the age of 65 were not married. The figure for men over 65 was 27 percent. There are many reasons for this, of course, including divorce, the death of a spouse and changes in the way couples today view marriage. However, one thing unmarried people seem to have in common is that their planning needs can be quite different from those of married couples. And, according to an article in the Wall Street Journal, many singles are unprepared for retirement.

For example, a Rand Corporation study showed that 20 percent of married couples will not save enough for retirement, whereas 35 percent of single men and 49 percent of single women will enter retirement financially unprepared. Why is there such a large disparity? One reason is that there are factors working to lower singles’ income and investible resources. For example, newly widowed or divorced individuals may see housing costs jump as a proportion of income and that certain income streams may become less predictable. The cost of living for a single person is not 50 percent of that for a couple. A more realistic figure is between 60 and 80 percent, unless the single downsizes his or her home, or finds a roommate. In fact, research by the AARP indicates 40 percent of adults do in fact consider taking on a roommate.

In addition, singles often cannot take advantage of tax breaks, such as filing jointly, that are available to married couples. Singles may also feel a greater need to purchase expensive long-term care insurance because there is no spouse to serve as caretaker in an emergency or over the long term.

For retirees who have recently gotten divorced, there can be other challenges as well. Assets like alimony and life insurance become less reliable sources of income. For example, alimony payments designed to cover a former spouse for life may disappear if the former spouse who was making them passes away. In the case of life insurance, owners of the policies name the beneficiaries. Singles who don’t own a shared policy may find themselves without any benefits at all if an ex-spouse changes the beneficiary designations.

It is important to note, however, that there may be certain benefits available to divorcées, such as eligibility for an ex-spouse’s Social Security benefits. 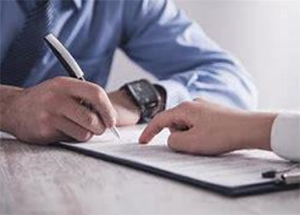 If the marriage lasted ten years or more, the divorced spouse can receive these benefits even if his or her ex-spouse has remarried—with no impact to the ex-spouse’s benefits.

Given the unique planning challenges faced by singles, it is important to consult with an experienced estate planning attorney. If you are single, McKelvey Law welcomes the opportunity to design a plan to meet your particular needs. You can reach us at 814-961-2050 to make an appointment. We are located in Salix, Pennsylvania, right outside of Johnstown, Pennsylvania.

What’s Not to Like About an I Love You Will? Plenty. A Will is a Key Component of Any Estate Plan, But It’s Not Enough Can You Still Retire Comfortably on a Million Dollars? Why You Need a Digital Will